When it comes to wine, there are so many different classifications and descriptors, it’s easy to feel overwhelmed. Two of the classifications that you’ve likely heard but might not necessarily know are the terms “Old World Wine” and “New World Wine”. The answer is simple enough–the term “Old World” refers to the original winemaking regions of Europe, the Middle East, and Northern Africa. All of the other winemaking locations–such as the Americas, New Zealand and Australia, and certain Asian countries–are considered to be the “New World”.

However, the differences between the two categories does not stop there. There is a reason why these two terms are used to define wine. You can predict specific things about a bottle of wine based solely upon its area of origin. The differences between Old World wines and New World wines are significant. Below, we profile the qualities and characteristics of each style of wine in order to understand the how they differ from one another. As the name would suggest, the Old World is where wine originated and developed for centuries before expanding to the rest of the world. Today, the wines from these regions have a iconic quality and style associated with them that cannot be matched in the New World processing. A polished palette would be able to decipher an Old World wine from a New World wine with no issues: the differences are unmistakable.

The philosophy of the Old World winemaking style is vastly different from that of the New World. The Old World style is very much associated with tradition and terroir, so their wine production methods have hardly changed from generation to generation. You wont see many modern technologies in Old World wineries. Many wine drinkers are comforted by the fact that their wines have been made the same for centuries and in the same locations and conditions.

Terroir is an important aspect of Old World winemaking. Terroir has to do with the specific qualities of the land that the grapes were grown on. Mineral levels, elevation, and climate are all important factors in defining a wine’s terroir.

Terroir has more to do with Old World winemaking because of the emphasis put on location with these kinds of wines. Terroir matters less with New World wines because you can have the same kind of wine from two different places. While they might indeed have different tastes because of the differing terroirs, they are not marketed as such.

Geographically, Old World wines comes from Europe, North Africa and the Middle East. Places like Israel, Bulgaria, Croatia, Cyprus, Armenia, Georgia, Austria, Poland, France, Spain and Italy all produce what is considered Old World wine. Many vineyards of these regions have been around for generations. Old World wines generally share specific characteristics. For example, most Old World wines are soft, elegant, and tannic. These wines are often much more acidic and mineral-based than their New World counterparts. There also tends to be a lower alcohol content in Old World wines. When tasting a wine that feels light and smooth, it is likely that it comes from the Old World.

Old World wines are typically named after the specific region in which they were grown. For example, authentic Champagne only comes from the grapes grown in the Champagne region of France.

You can quickly tell if a wine is Old World or not by it’s name: if it is named after a location and not a type of grape, it is likely an Old World wine.

New World wine is produced basically anywhere in the world that can grow grapes and is not in Europe. For example, the United States, Australia, India, China, New Zealand, South Africa, Argentina and Chile all produce New World wine.

Many of these places are warmer, so the grapes are raised in hotter temperatures. This causes grapes to be riper among picking.

New World wine is obviously much more recent. The roots of many of the wineries are still quite young in comparison to those in the Old World. They benefit mostly from the recent phenomenon of agricultural technologies, such as tractors and large-scale irrigation. New World wines are iconic for their fruity, oakey, and ripe flavors. A lot of these wines have evolved over the years, with different mixes of grapes and styles of production. This really sets these wines apart from the traditionally strict methods of Old World wine production. You are much more likely to see a range of production methods in New World vineyards: from handpicking to machine picking; feet stomping to a heavy-duty grape crusher and stem separator.

Both New World wine and Old World wine have notable differences, but that does not necessarily make one superior to the other. What is important is for you to understand your own personal taste and try wines from all different countries and regions. You may find out that you’re an acidic-loving Chianti Classico drinker when you always thought you were a Malbec drinker.

Understanding the expected qualities of these Old World and New World wines can point you in the right direction when deciding which style is most similar to your taste. 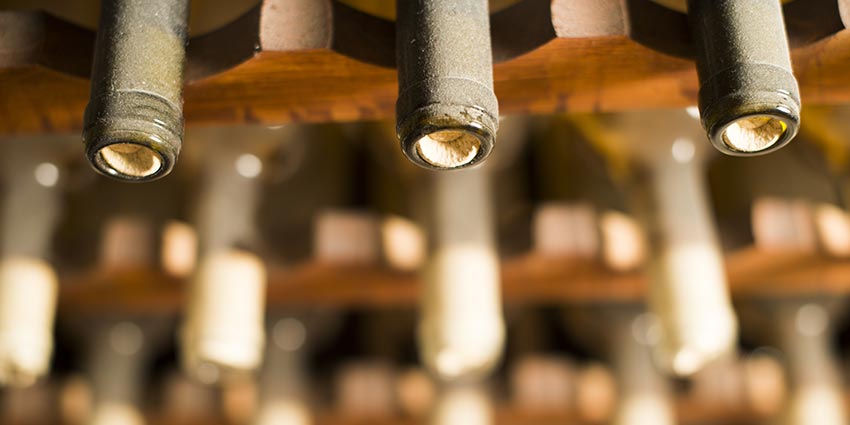 Wine Aerators: A Guide to Opening Up Your Wine

By Erin Doman
4 Comments
#list#new world wine#old world wine#wine#winemaking
Wine InfoWine Products & AccessoriesWinemaking Tips
Certain content that appears on this site comes from Amazon Services LLC. This content is provided 'as is' and is subject to change or removal at any time.