A quintessential California town, Pasadena is situated in a prime SoCal location — about ten miles north of downtown Los Angeles and approximately 25 miles from Santa Monica. Pasadena is known worldwide as the home of the annual Rose Bowl, as well as the colorful Tournament of Roses parade that kicks off every new year in a brilliant and multi-hued fashion. Steeped in history, Pasadena was once home to early Native Americans, and later became part of Spain, Mexico and eventually the United States. In more recent times, East Coast and Midwestern Americans flocked to Pasadena in the 1800’s when the newly-constructed transcontinental railroads allowed them to escape the harsh winters and relocate to California.

Today, the city that built the first western US freeway has a great deal to offer locals and visitors than its warm temperatures and sunny blue skies. Pasadena is an easy and fun weekend destination – a quick jaunt from many other Southern California towns. From its vibrant culinary scene to its abundance of art, culture and nature, the city is a great destination for a weekend (or week-long) visit.

Offering some unique Pasadena “insider tips,” Agustin Cruz, the senior manager at Visit Pasadena, shares his personal insights and expertise, as well as his favorite not-to-miss spots in this historic and picturesque California town. Cruz explains, “Californians are very fortunate, as our Mediterranean climate makes for ideal growing conditions — and farmers are found up-and-down the entire state. This makes it easy to source locally all year, and something is always in season. The focus is on ingredients rather than technique, there is a heavy Mediterranean influence, such as French or Italian; sometimes Pan-Asian, and in some cases it’s Southwestern.”

He continued, “Pasadena’s food scene was always centered around this philosophy, that part hasn’t really changed. For example, the Parkway Grill has its own urban farm on a large lot adjacent to the restaurant, but we are seeing that our chefs are becoming more adventurous and finding niches for themselves, and our diners are celebrating it. People aren’t afraid to eat something different and so chefs feel free to get more creative.”

While farm-to-table is not new to Pasadena restaurants, it is new to specialty shops in town, like Carmela Ice Cream and the Sage Plant Based Bistro where owners pay attention to sustainability and fair trade. Jones Coffee Roasters grows coffee beans on their own farm in Guatemala then roasts them at a warehouse in Pasadena that is also the site of their coffee shop. In addition, Real Food Daily is another restaurants that has strict guidelines for their ingredients.

When asked about his go-to spots to get a bite to eat, Cruz stated, “Union is one of my favorites. Executive chef Bruce Kalman’s dishes are simple and made with fresh ingredients. He also opened a fresh, handmade pasta bar and market, called Knead at Grand Central Market. Union is Kalman’s Californian interpretation of Northern Italian food. I really like how the two styles are represented in this menu…it is exactly what California cuisine is all about.”

He continued, “Also, Claud Beltran is doing big things in Pasadena. First, I have to point out that he earned his stripes at French Laundry under the tutelage of Thomas Keller – and that restaurant was named “best restaurant in the world” on more than one occasion. Claud moved to Pasadena to open two restaurants, The Eatery and Bacchus’ Kitchen, and he is also the executive chef at dusitD2 Hotel Constance in Pasadena.”

At The Eatery, Chef Beltran chooses a different theme for the month and develops an entire menu that reflects this theme. Past successful themes have included Mexican and soul food. Meanwhile, Bacchus’ Kitchen offers a more predictable menu than The Eatery, yet it is also offers an element of surprise. Every month, Chef Beltran invites notable musical directors to perform during dinner service and calls the experience, “Bacchus Live”.

Wine aficionados and those interested in learning about California varietals make it a point to visit Everson Royce wine and spirits, a local, friendly wine shop that offers weekly wine tastings lead by a knowledgeable, yet unpretentious staff. Often winemakers are on site to discuss the details involved in making their wines. This shop specializes in lesser-known wines – focusing on serious wines made by innovative winemakers who don’t necessarily have international name recognition.

Everson Royce was founded by three individuals with a passion for wine: Randy Clement, his wife April Langford, and their longtime friend, Joe Capella. Clement was formerly the wine director Campanile, a notable Los Angeles restaurant opened by acclaimed chef Nancy Silverton. Although it is now closed, many of their employees have gone on to shape LA’s food and beverage scene. After enjoying Pasadena’s food and beverage offerings, there are plenty of ways to burn off those calories. The Old Pasadena Walking Tour an intriguing way to learn about the history of the city’s rich architectural roots and stroll through the lovely streets, pathways and alleyways around town.

For art lovers, the Norton Simon museum is considered a hidden gem. With over 12,000 pieces of art (with usually about 1,000 works on display), it is known for its European collection spanning from the Renaissance to the 20th Century, as well as its notable modern art. This museum featured Andy Warhol’s first west coast exhibition, and today visitors can enjoy works by Marcel Duchamp, Pablo Picasso and Diego Rivera. The museum’s interiors were designed by Frank Gehry and its theater was created by Gensler. In addition to the art collection, the museum offers another experience. Cruz reveals, “The museum has the most coveted view of the Rose Parade, and news crews usually get reserved spots in that location. On television, viewers will see a red rose sculpture on the façade of the museum.”

For those who appreciate exquisite flowers, stunning sculpture and creative landscaping, the popular Huntington Botanical Gardens are a favorite destination for Pasadena tourists as well as residents. Covering over 120 acres, this destination features a sprawling rose garden, a Japanese garden, and a desert garden, as well as subtropical, palm and jungle gardens.

Cruz says, “One of my favorite places is the Desert garden at The Huntington – perhaps because it reminds me of home, as I grew up on the edge of the Sonoran Desert in a small town called La Quinta, California. People who aren’t from arid climates are often surprised by how beautiful a desert environment can be, and this garden is so well-designed that I get lost wondering and admiring the often severe-looking adaptations of desert flora. It’s a magical place for me.”

Those who are avid architecture fans always enjoy touring the Gamble House, considered one of the best examples of American Arts & Crafts architecture. It was designed by Pasadena-based Green & Green architects as a home for the Gamble family (of the Proctor & Gamble company). Today, it is a public museum, and some moviegoers may recognize it from the movie, Back to the Future as Doc’s house. Each year, two senior students of the USC School of Architecture have the opportunity to live in the house.

For nature enthusiasts, the San Gabriel Mountains are just a quick drive from Pasadena. This mountain range is part of the Angeles National Forest – the first National Forest ever established. During cooler months, hikers might see a snow-capped Mount Baldy, site of a zip line course and ski resort (called Mt. Baldy Resort). The San Gabriel Mountains are also home to the Wilson Observatory, where Edwin Hubble and his discoveries fundamentally changed the scientific view of the Universe.

Festivals are a tradition in Pasadena, and the city is most recognized for the Tournament of Roses that attracts over 700,000 people every winter. Other festivals include: ArtNight Pasadena (this festival occurs twice a year once in spring and again in the fall) and Craftsman Weekend (for architecture enthusiasts). And for next summer, the city is in partnership with the organizers of Coachella to debut the Arroyo Seco Music and Arts Festival.

Traveling to Pasadena: A Quick Train Ride from Los Angeles

Cruz points out that visitors to Pasadena don’t need car to reach the city from many local areas. In fact, Pasadena and Santa Monica are now connected by Metro Rail, offering a relaxing way to travel and see the city – without the hassle of traffic.

A dedicated commuter himself, Cruz speaks from experience. He explains, “People are always surprised to find out that they can travel to Pasadena by train. The rest of the world hasn’t gotten wind that Metro Rail has been very successful in LA, and Pasadena sits on one of the best lines, it’s called the Gold Line. And it only takes about 15 minutes to travel between downtown LA and Pasadena on the Gold Line.”

The Langham is an iconic hotel with a history that dates back over 100 years. The epitome of luxury, the property features nearly 400 stylish guestrooms and 38 suites.

A full service resort, the Langham also offers several dining experiences, including the Royce, a wood-fired steakhouse, the Terrace, a casual restaurant and the upscale taproom with a classic, prohibition-era design. Guests here can also enjoy afternoon tea, a lovely outdoor swimming pool with a fitness center and award-winning spa. For history buffs, a property tour can be arranged through the concierge desk. 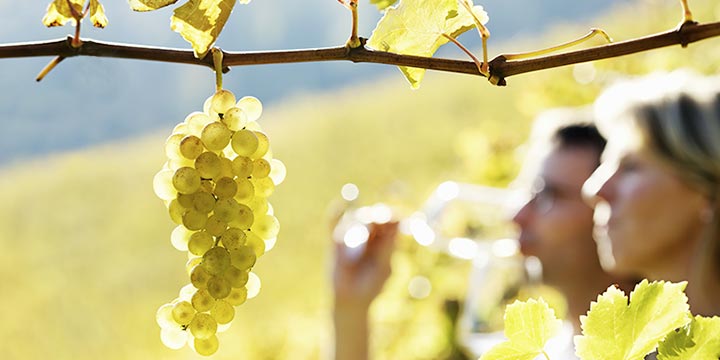 By Marla Cimini
0 Comments
#america#american wine#california#california wine#food#itinerary
Food & Travel
Certain content that appears on this site comes from Amazon Services LLC. This content is provided 'as is' and is subject to change or removal at any time.