Vermouth 101: All About This Aromatized Wine Today, most people think of vermouth as a liquor, thanks to its use in famous cocktails like the martini and manhattan. But in fact, vermouth is a wine with a history dating back millennia. While treated as a near-toxic substance in bars for decades, vermouth is making a comeback, with a wide range of styles and flavors available to consumers. If you’re looking for a fascinating new type of wine to explore, welcome to the wonderful world of vermouth!

Vermouth is a low-alcohol wine that’s fortified with a neutral spirit and sugar, much like port or sherry. But it’s also aromatized, or infused, with herbs and spices, giving it tons of different aromas and flavors. In Europe, it’s popular as an aperitif, because it stimulates the palate and appetite.

The tradition of infusing medicinal herbs in wine dates as far back as 1250 BCE, to cultures like the ancient Chinese, Egyptians, and Greeks. But vermouth’s roots lie specifically in the Alps region of Europe, where an already strong winemaking tradition combined with the availability of Alpine herbs to produce what was originally a medicinal drink.

The types of herbs used in vermouth varies widely between manufacturers, and everyone has a unique — and top secret — recipe. Wormwood, used to treat stomach upsets and intestinal parasites, is the traditional main ingredient (in fact, the name vermouth comes from the French pronunciation of the German word for wormwood, Wermut). But today, most manufacturers forgo wormwood in favor of other ingredients like nutmeg, gentian, angelica, chamomile, cinchona, saffron, elderflower, St. John’s wort, and nearly any other herb or spice you can imagine. In fact, most producers use between 30-50 different ingredients in their infusing recipes.

The net result is that no two vermouths are the same. The variety on the market is truly dizzying, so if you don’t favor one vermouth, try another. Or go down the rabbit hole of tasting experiences and try them all!

One of the challenges when exploring vermouth is the broad range of styles and completely unstandardized terms for said styles.

For example, let’s take the two most common vermouth styles that people are generally familiar with: sweet and dry. Dry vermouth is also called French vermouth, because the first major producer of vermouth in France, Noilly Prat, added very little sugar — only 4% compared to the 10-15% found in sweet vermouths.

Meanwhile, sweet vermouth can be referred to as red vermouth, rosso vermouth, Torino vermouth, and Italian vermouth, because the first commercial producer of vermouth in the world, Carpano, was founded in Turin, Italy, where vermouth was a popular aperitif. The style of vermouth Carpano produced was traditionally red and quite sweet, to balance out the bitterness of the herbs. Fun fact: The red/brown color in red vermouth comes not from the grapes of the wine, which are white, but from caramel and brown sugar.

But! There are many more styles of vermouth than just red and dry.

There’s also rosé, white or bianco (NOT the same as dry, but rather a sweet white vermouth), and amber, along with even more hard-to-find styles like chinato (with quinine), alla vaniglia (vanilla), con bitter (with extra bitters), and western swing. And, as with sweet and dry, different manufacturers use different terms and labeling for all these different styles.

Confused? Don’t be. Even if you forget the different terms, you can usually tell what style vermouth you’re drinking based on the color. The Best Vermouths to Know & Love

The recipe of Antonio Benedetto Carpano, first produced in 1786, is the original Italian vermouth. When it was exported to the United States in the 1870s, people went wild for it, putting it in nearly every cocktail they could dream up, including the now-famous manhattan. It’s rich, smooth, and well-balanced, with just a hint of a bitter edge to cut through the sweetness. You have to try it!

This is an Americanized, 20th-century version of Noilly Prat’s original 1813 dry vermouth. What’s the difference? The extra dry vermouth is lighter and more floral than its traditional counterpart, which is quite herbaceous. It pairs better with vodka and olives, perfect for vodka martinis. If you prefer gin martinis or want a dry vermouth to serve neat, seek out the regular dry version, which is also available in the States.

An example of the con bitter style of vermouth, Punt e Mes is an assertive vermouth with a bitter taste that really gets down to business. The bitterness is balanced with notes of citrus. If you’re the type of person who likes drinking Fernet-Branca or Campari, you’ll probably adore this one.

The largest producer of vermouth in the world, Martini & Rossi is a good value and perfect to use in typical vermouth cocktails like martinis and manhattans. If you’re wanting an aperitif, though, better to stick with the higher-end vermouths.

A California producer that consistently gets high marks from vermouth fans, Vya’s sweet and dry vermouths are rich and complex, perfect for aperitif sipping. The dry vermouth is described as grassy and expressive, with floral notes and an earthy flavor. The sweet vermouth is herbaceous, with notes of molasses and licorice, and a light bitter aftertaste.

How to Serve Vermouth

To serve as an aperitif, you can pour vermouth neat, chilled, or pour it over ice. The serving size is usually small, 2-3 ounces. You may want to garnish with a lemon twist.

Of course, you can also put vermouth in cocktails. While we’ve mentioned the martini and manhattan a few times, once you’ve gone out of your way to buy a special vermouth, you might prefer a cocktail where it’s the star of the show instead of a supporting character.

Vermouth Recipes to Start With

Stir all ingredients with ice and strain into a chilled cocktail glass. Garnish with a lemon twist.

Stir with ice until chilled and strain into a chilled cocktail glass. Garnish with a lemon or orange twist.

Stir with ice and strain into a chilled cocktail glass. Garnish with a brandied cherry. 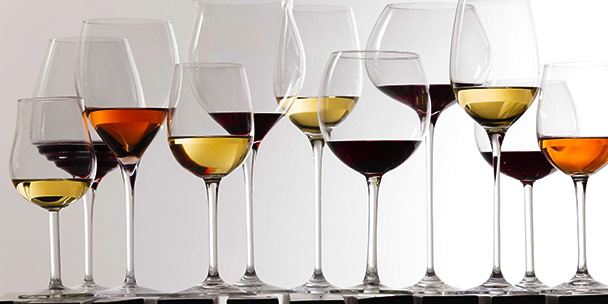 By Tasha Brandstatter
4 Comments
#cocktails#italy#liquor#manhattan#martini#recipe
Tasting GuidesWine Info
Certain content that appears on this site comes from Amazon Services LLC. This content is provided 'as is' and is subject to change or removal at any time.