Calle Laurel is a narrow street in Logroño, the capital of Rioja. If you happen upon this street between one and three o’clock in the afternoon, or again between nine and eleven o’clock at night, you’ll find it crowded with throngs of people, all eating and drinking in a manner that speaks to the soul of Rioja. More than fifty tiny bars crowd a single block of Calle Laurel, where patrons elbow their way to the bar, order small glasses of wine or beer, along with one of the bar’s specialty tapas (or pinchos, as they’re sometimes called this close to Basque country).

Friends, family, wine, and diverse local food are the heart of the tapas crawl that invigorates Logroño each afternoon and evening, and the ritual of meandering from one bar to the next, savoring the food and wine nourished by Rioja’s unique climate is the perfect introduction to the region.

Located in northern central Spain, Rioja is not only the most important winemaking region in the country; it is also rich in history, agriculture, and culinary delights. Medieval towns crown picturesque hilltops, and mountains provide a breathtaking backdrop. The UNESCO World Heritage Sites of San Millán de la Cogolla houses the twin Suso and Yuso monasteries, where the first written record of written Spanish exists. The Glosas Emilianenses dates to roughly a thousand years ago and contains three languages–Latin, Castilian (medieval Spanish), and medieval Basque, making the document a priceless snapshot of a moment in the evolution of language.

Aside from the stunning mountains, the most notable physical feature of the region is the Ebro river. The Ebro begins in the Cantabrian Mountains to the northwest of Rioja and empties into the Mediterranean between Barcelona and Valencia. The winemaking area of Rioja comprises three distinct sub-regions, each of which has a unique climate and soil composition. Rioja Alta, located in the west, is the highest elevation, with a cooler Atlantic climate and soils that are chalky clay, ferrous clay, or alluvial. Rioja Baja is lower elevation, with a Mediterranean climate, which is drier and warmer than the other two regions, and with soils that are alluvial or of ferrous clay. The third and smallest region is Rioja Alavesa, located in the northern part of the region in Basque country. It has an Atlantic climate and chalky clay soils planted in small, often terraced vineyards with widely spaced vines. Each of these sub-regions produces wines of different character, reflecting the changes in climate and terroir across the region.

Lovely landscape and history aside, La Rioja has always been centered around food and wine, largely because the balance of both the Atlantic and Mediterranean climates is so well suited to growing a wide range of produce. In addition to grapes, Rioja also produces a bountiful harvest of piquillo peppers, artichokes, peaches, pears, mushrooms, and white asparagus. Lovingly, painstakingly raised, esparragos blanco is a symbol of the care with which local agriculture is undertaken. For those not in the know, white asparagus would be green or purple if farmers didn’t carefully keep each stalk covered as it grows. Depriving the plant of light keeps its color from developing and lends a milder, richer flavor to the vegetable. So what do residents of Rioja do with the abundance of gorgeous produce? They combine it with the locally raised lamb and pig, and they serve it up in tapas–small plate dishes that will make your mouth water–as well as rustic main dishes. Typical dishes of the region are patatas a la riojana (potatoes roasted with spicy chorizo and smoky paprika), lechal (suckling lamb), cochinillo (suckling pig), and chuletas riojana (lamb chops grilled over vine cuttings). Much of the fare is simple, relying on ripe, fresh ingredients and traditional cooking methods for the regional flavor, a flavor perfectly suited to the region’s wines.

The small winemaking region of Rioja supports more than five hundred wineries and produces around 280,000-300,000 liters of wine annually, about ninety percent of which is red. Wine has been a part of La Rioja for thousands of years, and the bright, sturdy wines produced here are infused with tradition and pride.

Spain takes the quality of its wines seriously, and the Denominación de Origen system recognized the very first DO in 1925: La Rioja. The classification system now recognizes one hundred-twenty distinct wine regions, only two of which have special, higher classification. The very first DO to receive this special classification of DOC (formerly DOCa) was La Rioja in 1988, followed by Priorat in 2003.

It takes a little work to stay on top of DO regulations in Spain, as they evolve to reflect new practices and grape varieties, but as of 2002, there are five red grape varieties currently permitted in wines bearing the Rioja DOC designation: Tempranillo, Garnacha Tinta, Graciano, Mazuelo, and Maturana Tinta. Like many other wines from Europe, wines often bear the name of the region in which they’re produced, rather than being named after the grape variety in the bottle.

Tempranillo is undoubtedly king of La Rioja. Wines made from Tempranillo are long-lived, elegantly structured, and powerfully seductive. The grape’s name comes from the Spanish “temprano”, which means “early”, and indeed, Tempranillo typically ripens earlier than many other varieties. Though the plant isn’t particularly heat or drought resistant, it fares well not only in Rioja, but also in the twenty-eight other DOs in which it’s an authorized grape. Called Tinto Fino in Ribera del Duero, Tempranillo has the perfect balance of alcohol, color, and acid, and as a number of Rioja wines spend considerable time aging in oak barrels, the wines are built for the long haul.

The other red varieties take a back seat to Tempranillo. Garnacha Tinta is actually the most widely planted grape in the world, though it’s called by other names in some places–Grenache, Cannonau, and Alicante are some of its pseudonyms. Graciano and Maturana Tinta are indigenous to the region, and are planted in rather small quantities and used as blending grapes to add subtle nuances to a wine. Though Mazuelo makes up only about three percent of Rioja’s plantings, it’s grown in vast quantities elsewhere, where it goes by its other names: Carignan, Carignano, Cariñena, Mataro, and Samso. Viura is by far the most widely planted, producing wines that are high in acid, fruity, and floral. Though many are currently produced to be drunk fresh and young, traditionally, Viura was oak aged, and it can actually improve over time. In the Cava DO, located in northeastern Spain, Viura is called Macabeo.

The Malvasía grown in Rioja is quite different from the light, sweet fruit grown in other parts of the world. In Rioja, the clone produces rich, intensely aromatic wines from grapes with a slight reddish hue to the skins. Garnacha Blanca isn’t planted very widely in Rioja, and is primarily used as a blending component. Tempranillo Blanco is a natural genetic mutation that was discovered in 1988 in a single vine. It’s now been planted more widely in Rioja, though the variety grows nowhere else in the world.

The oldest grape variety in Rioja is Maturana Blanca, which dates back to 1622. Turruntés de Rioja is a unique variety, and not related to the Torrontés grown in either Galicia or in Argentina. Recent changes to Rioja’s DOC permitted the international varieties Chardonnay and Sauvignon Blanc, as well as Verdejo, which is native to the Rueda DO.

One of the hallmarks of Rioja wines is their ability to age gracefully, and DOC regulations classify wines based on how long they’ve been aged before release.

The classifications sound quite technical, and they are. DOs in Spain are managed rigorously, and wines are tested frequently to assure consumers they are in fact drinking what the label proclaims.

But what do these classifications mean in terms of flavor? Rioja level wines are vibrant, youthful, and sometimes a little rough around the edges–perfect complements to hearty, earthy fare. Crianzas are sturdier, the oak providing a backbone for the bright fruit. Reservas, while still sturdy, begin to show how gracefully Tempranillo can age, the fruit tempered by oak and time, smoothing out the rough edges. Gran Reservas are all elegance, showcasing the longevity of Tempranillo and demonstrating how time softens the exuberance of youth into mellow, supple expressions of the tradition of Rioja.

These are wines built for food. The wines of Rioja lead you along Calle Laurel, in search of the perfect pairing. Bright whites awaken your palate for the fresh produce of sun-drenched fields–white asparagus, drizzled with cold pressed virgin olive oil. Brash, youthful reds tame the spice of chorizo and piquillo peppers. Elegant, mature Gran Reservas balance the subtle earthiness of local lamb chops seasoned simply and grilled over the very vines that produce transcendent Tempranillo grapes: the soul of La Rioja. 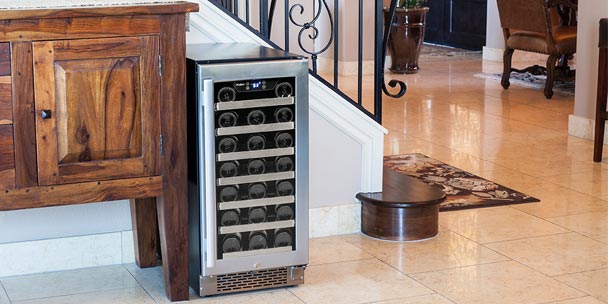 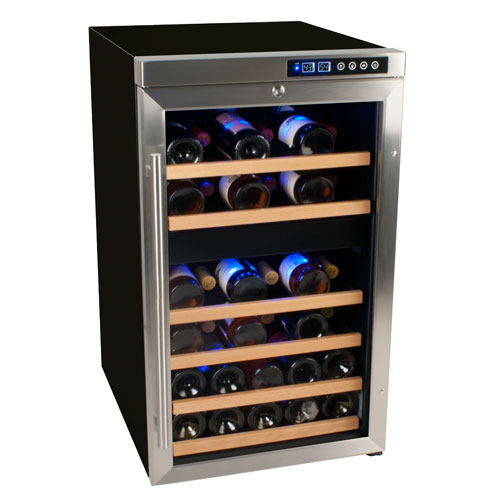 By Meggan Robinson
2 Comments
#la rioja#wine#winemaking
Wine InfoWinemaking Tips
Certain content that appears on this site comes from Amazon Services LLC. This content is provided 'as is' and is subject to change or removal at any time.