The Stigma of Screw Caps: Why Do They Have a Bad Reputation? It’s no secret that the classic cork enclosure has long dominated the wine industry. Fast-forward to the mid 1960s, however, and a new option came along that has made significant inroads in the years since — the humble screw cap.

While screw caps have been around in one form or another for well over a century, it’s only been within the past 50 or so years that they’ve grown in popularity. Today, almost 90% of enclosures used in New Zealand feature screw caps instead of traditional corks.

So, why exactly do screw caps have a bad reputation?

The issue comes down to miseducation more than anything else, as screw top enclosures are actually better for the wine they hold inside the bottle for many reasons. Many amateur wine enthusiasts even scoff at bottles that don’t feature real corks, which is a true shame — they’re missing out on some of the best wines the world has to offer.

To help dispel this unfortunate myth, let’s take a closer look at the differences between wine bottles with screw caps, and those with cork enclosures.

Corks have been the number one choice for winemakers since the 1400s, and for good reason. For one, they’re derived from natural resources, which many believe has a significant impact on long-term aging and how particular varietals of wine change over time.

Perhaps, the major reason why corks are so often utilized is that they truly are capable of preserving wine for many years, as long as the proper storage methods are utilized. Plus, they’ve simply been preferred throughout history, leading countless winemakers to not even think twice about incorporating corks into their bottles. All this said, corks are far from perfect when it comes to packaging, aging, and storing wine. Here are a few of the downsides associated with corked wine.

As a result, corking a bottle with natural materials is always a gamble, which is just one reason why many producers who aren’t using screw cap enclosures have moved on to synthetic corks for their wines. If you’ve heard someone say a wine is “corked,” they’re referring to TCA cork taint. Screw caps may be new to the party in comparison with natural corks, but they have a long list of supporters behind them — including some of the world’s best winemakers.

As mentioned above, they’re much more affordable than traditional corks, making them ideal for start-up producers who have a limited budget to work with. They’re much easier to open and do not require a corkscrew. Perhaps, the best advantage of screw caps is that you eliminate any chance of cork particles falling into your wine upon opening the bottle.

As more winemakers start to adopt the use of screw caps, they’ve start to learn that they are able to reduce the amount of flaws that are in the final product. The likelihood of TCA affecting wines with screw caps is pretty slim. Other research has indicated that the screw caps don’t hinder the aging process, so they’re not just for quick consumption wines.

But, is there anything wrong with screw caps?

This largely depends upon who you ask. Like corks, these have have their own set of disadvantages.

Are screw caps better or worse than cork? There is no correct answer. They each have their own set of pros and cons, but to equate the use of screw caps with poor-quality wine is an unfounded and undeserved myth.

The wine industry is constantly looking for ways to move in a forward direction, and advancements in packaging technologies are sure to continue popping up.

Though some may be quick to dismiss screw caps as being “lesser” than the cork-based alternative, they can actually be significantly better for the wine inside the bottle. Traditional wine corks aren’t going to go away anytime soon, but once more producers see just how beneficial it is to go with screw caps, the presence of traditional corks may dwindle as the years progress. Corked Wine: How this Wine Flaw Will Ruin Your Bottles 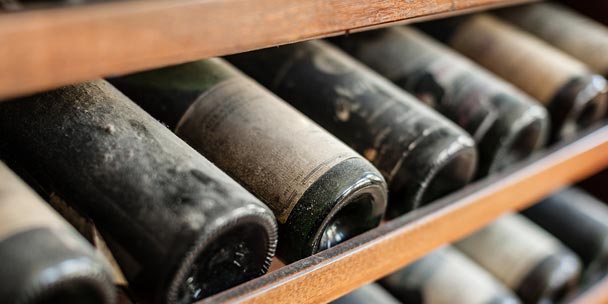 5 Common Wine Flaws (and How to Detect Them) 9 Mistakes We All Make When Buying Wine By Jeff Flowers
2 Comments
#corks#screwtops#wine
Wine InfoWine Storage
Certain content that appears on this site comes from Amazon Services LLC. This content is provided 'as is' and is subject to change or removal at any time.