A Beginner’s Guide to Zinfandel Because of its almost exclusive production within the United States, Zinfandel is one of very few wines that are considered inherently American. With a range of styles from light and fruit-forward to bold and spice-laden, this red wine offers something for everyone.

The Complex & Hidden History of Zinfandel The history of the Zinfandel wine is fraught with confusion, as researchers spent decades trying to determine the parentage of the little grape. For many years, it was unclear where this grape originated from in the world. In the early 1990s, it was finally confirmed through DNA testing that the Zinfandel grape of California and the Primitivo grape from southern Italy are genetically related. This led scientists to initially conclude that the Zinfandel grape originated in Italy.

However, further DNA testing in the 2000s indicated that the grape had actually originated in Croatia along the Dalmatian coast, and likely migrated to Italy sometime during the 18th century.

However this special grape came to be, it is clear that the first mention of Zinfandel in the United States was around the 1830s in Boston, Massachusetts. It came to California in the 1850s when the Bostonians who had begun marketing it moved west during the California Gold Rush. From there it grew in popularity until the Prohibition movement of the 1920s, which took a toll on many vineyards. The Zinfandel grape, however, had a strong renaissance in the 1970s and retains its popularity today. Other than Puglia, Italy, Zinfandel is produced solely in America. While both wines are extremely different, they are essentially made from the same grape. To differentiate them, the term “White Zinfandel” is used to denote the pink, rose-colored version. Without any modifier, Zinfandel is used to signify the red wine.

White Zinfandel is likely the first wine you tried. Its low ABV, sweet, easy-drinking taste, and small price tag make it an accessible wine for beginners. This version is snubbed by many wine aficionados because of its low quality production style and lack of general complexity. When it comes to trends in consumption, however, White Zinfandel’s sales are six times that of Zinfandel.

Unlike White Zinfandel, Zinfandel wines tend to have a more sophisticated taste profile and, in most cases, are made with more care and consideration for the integrity of the wine.

Zinfandel has fairly high alcohol levels, approximately 13% to 17%. The higher concentration of alcohol will add a level of vigor and a slightly oily consistency when compared with other wines.

How to Pair Zinfandel with Meals

For meals, this wine can definitely handle a variety of meats. Options such as turkey, pork, quail, and lamb are all great complements for this wine. Zinfandel can especially stand up to barbecued and grilled meats, whether it be pork ribs or brisket, and boldly spiced dishes such as curry. For vegetarians, you’ll likely want to use vegetables with rich flavors, such as tomatoes and beets, and roast them in spices. Muenster, Swiss, and Pecorino Romano are great cheese pairings for the wine.

Serve it at your next backyard BBQ or try it on its own. Regardless, Zinfandel wines are a delightful addition to any wine enthusiast’s repertoire and a must-have for any domestic wine collector. The 10 Most Popular Types of Wine 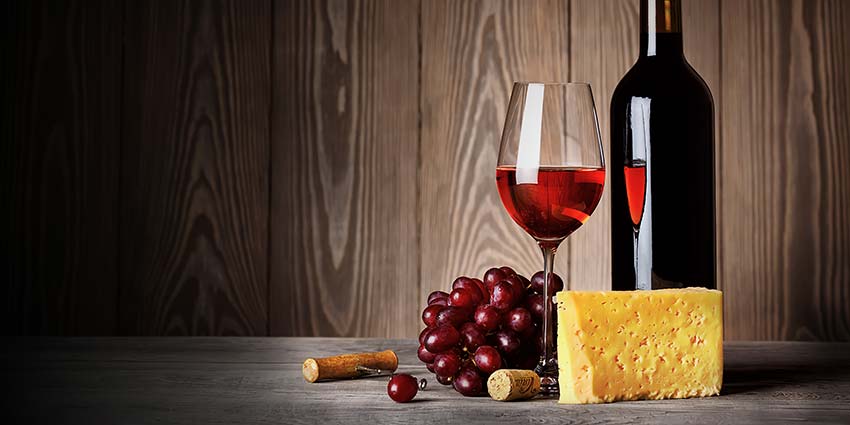 By Sarah
0 Comments
#red wine#types of wine#white zinfandel#Zinfandel
Tasting GuidesWine Info
Certain content that appears on this site comes from Amazon Services LLC. This content is provided 'as is' and is subject to change or removal at any time.