You’ll see a lot of holiday buying guides out there urging you to pair Beaujolais with your Thanksgiving turkey and giving you affordable Champagne alternatives. This isn’t one of those. These is real talk: insider tips from a wine professional who has hosted everything from frou-frou wine dinners for diplomats to Christmas Eve celebrations for her Boston Irish family. Over a decade of figuring out what the heck to pour culminates here. Happy holidays!

Oftentimes, people buying for parties feel as though they need to offer something for everyone: a light-bodied, dry white; a richer, oaked white; something sparkling; a fresh, easy red; a deep, spicy red. Maybe a Port? Rosé? Does anyone like Riesling? Stop doing this. You’re going to drive yourself and your guests crazy. Being a good host means providing for your guests, but unless you’re hosting a wine dinner, too many options only lead to a headache for everyone.


First, forget about offering multiple reds and whites. Pick one of each, and move on. Selecting several sounds like a great idea, but come dinnertime, I’ll tell you what happens: Aunt Jane is trying to be helpful by topping up Grandma’s glass with the Sancerre she she thought she was drinking. Grandma didn’t hear Aunt Jane when she said “Sancerre” because Cousin Timmy was showing grandma his new video game. Before you know it, Aunt Jane pours perfectly good wine into the California chardonnay Grandma actually had in her glass. Grandma hates Sancerre and refuses to drink the new house blend, so it all goes down the drain.

So, how do you strike the balance to find something everyone loves with just one red and one white to work with? Look to regions like Southwestern France and Campania for versatile reds and whites. The climate in both of those regions trends toward warmth, producing wines with the ripe fruit notes a New World lover enjoys and the balanced acidity Old World wine lovers seek. Both regions are also great for value wines, because remember…

2. There’s Nothing Wrong With Affordability

As wine lovers, we’re always hoping to turn our friends and family on to the greatness of Barolo, Champagne, or [insert amazing new wine we just fell in love with here]. We’re enchanted with these regions and these producers, and we want to spread the love. It’s a generous attitude, but when it comes to holiday parties, it’s the wrong one. We’re all guilty of this mistake — bringing that amazing bottle of Champagne to the 50th anniversary fête only to watch it languish in the ice bucket alongside Barefoot and some kind of bottled sangria. Someone says something about mimosas, and you have a small panic attack. Will they notice if you take it with you when you leave? (Yes. Yes they will.)

You might be the “wine lover” in the family, but holiday parties aren’t the time to break the bank. That doesn’t mean you’re relegated to the same old, though. Why not show your clan how amazing a good Bourgogne Rouge from a Grand Cru producer can be? Or a little Langhe Rosso from Barolo’s finest? Tell them all about the amazing Loire Valley tuffeaux while they sip on Chardonnay from Touraine. There’s plenty to share when the wine is good, no matter the price point, but don’t go too crazy, and…

3. Don’t Try to Reinvent the Wheel

It’s true that there are amazing and interesting value wines to be found all over the world right now, but Thanksgiving is not the time to convince your sister that she should be drinking Tuscan pét-nat. You might really believe that it’s better than the Prosecco she loves. It might very well be. But don’t do it. You’re going to come off as the condescending wine person we all try to avoid being, and throwing a challenging wine in front of non-wine folks at the holidays is like forcing a stadium full of Taylor Swift fans to listen to Phillip Glass. The attention span might be there, but now is not the time. If you really feel the need to expand horizons, go for approachability. Sparkling Franciacorta, Loire Valley whites, and Portuguese are your friends. This being said, you’re still a wine person, and you have a reputation to uphold, so… Buy Wines for Thanksgiving on Amazon

Leaving aside the general dullness of buying something that counts billboards as viable marketing options, big brand wines are actually the worst values on the market. A quick lesson in sales and marketing: Let’s go back to the billboard. It shows a photo of a well-known wine, and that wine is cheap! That’s a good value, right? Wrong. The cost of that billboard? You’re paying it. The cost of the marketing company that found that billboard? You’re paying them. The salary of the CEO that hired the marketing company to find that billboard? You’re paying it. Get where this is going? Branded wines cost money to market, and all of that cost trickles down to you as the consumer. So while those wines with cute critters on the label and glossy magazine spreads might be slightly less expensive than their lesser-known counterparts, you aren’t paying for the quality of the wine inside the bottle. You’re paying for everything else. You’re getting ripped off.

Not all wines have branding costs. A lot of wines, in fact, are made by wineries that are basically just one or two people who do most of the work, with some help at harvest. That means when you buy wines that aren’t branded (wines you don’t see in magazines and billboards and on every shelf of every wine store), most of your money is buying the quality of the wine, so you’re getting a better value. It also means that you’re supporting a small, probably family industry, rather than a CEO’s Bentley habit. That feels good, doesn’t it? It also means you can feel good when you…

5. Buy More Than You Think You Need

There is truly nothing worse than running out of wine on a holiday. Don’t let it happen to you. In general, it’s a good bet to estimate 1.5 glasses of wine per person for the first hour of a party, and a half glass each following hour. Of course, you know your people better than that equation does, so adjust accordingly; it’s also a good idea to take into consideration the time of day (evening usually means more imbibing). Try to buy by the case when you can, as most shops offer case discounts between 15% to 20% that are worth taking advantage of. Besides, who ever complained about leftover wine? If it’s a wine you like, you’ll have it on hand for Tuesday nights, spontaneous dinner party invitations, and all of those times you forget to buy a hostess gift. How to Pair Wine with Turkey 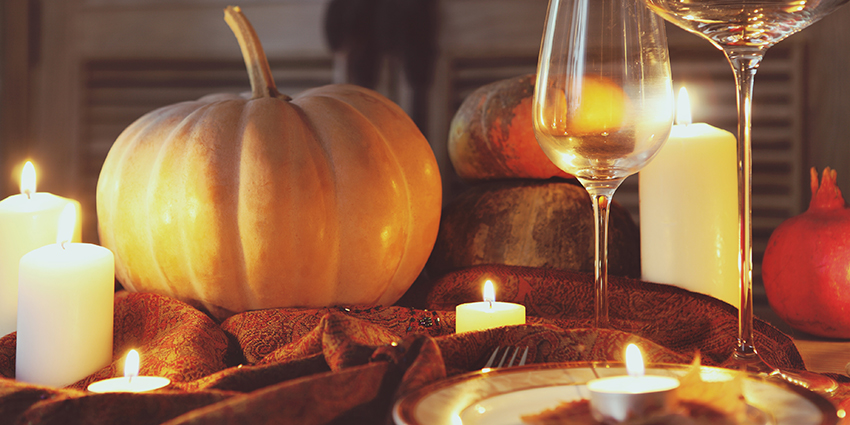 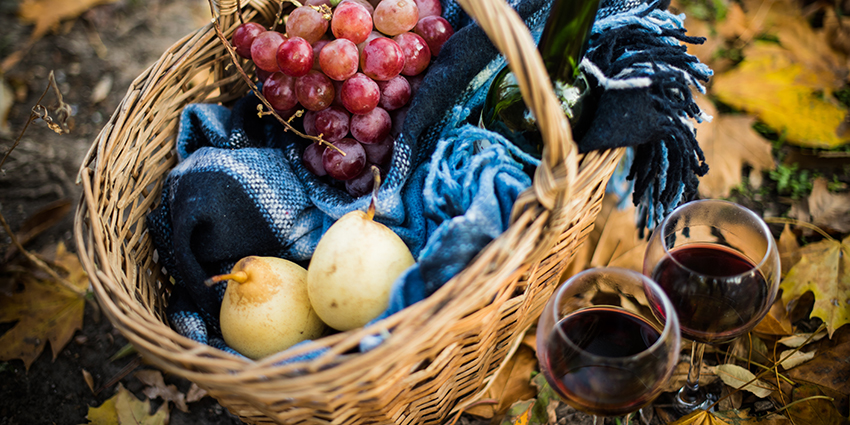 6 Unique Wines That Take You From Summer To Fall

By Lauren Friel
0 Comments
#christmas#dinner#food#food and wine#holiday entertaining#holidays
Tasting GuidesWine Info
Certain content that appears on this site comes from Amazon Services LLC. This content is provided 'as is' and is subject to change or removal at any time.