An American Abroad’s Guide to the Japanese Wine Scene When you think of wine and Japan, you probably think of so-called rice wine like sake, or super sweet plum wine. But in recent years, the popularity of these traditional Japanese drinks has waned, and what we would consider Western-style drinks like beer, whisky and wine are now much more popular than sake. Beer and whisky are widely available from vending machines, which are ubiquitous all over Japan; and while wine is nowhere near as popular as those two beverages, it has a cult following, particularly among young women.

What Will You See on Japanese Wine Lists?

If you’re a wine lover, you’ll find plenty of wine to enjoy, including wines made in Japan! There are wine bars, wine lists in restaurants, and both foreign and domestic wine in liquor stores. Here’s a quick overview to get you started on the Japanese wine scene. First and foremost, you’re likely to see Japanese wines on most wine lists. “The Japanese make their own wine?” you may be asking. Yes.

Japan has a long history of growing and producing table grapes, and was even introduced to wine as early as the 16th century by Jesuit missionaries. But it wasn’t until 1873, inspired by reports of European wine culture, that the Japanese started making wine on their own.

The three major viticulture areas in Japan are in the Yamanashi Prefecture, the Hokkaido Prefecture, and Nagano. The grapes grown here are largely hybrids, bred to withstand the not-inconsiderable typhoons that besiege Japan. They have tough outer skins that are especially resistant to rot and native pests.

While you’ll definitely want to try a domestic wine while in Japan (not only is it a once-in-a-lifetime experience, but they’ll be the closest thing to affordable wines you can get), be forewarned that most Japanese wines are pretty rough by American and European standards. They tend to be sweet and alcoholic, without much finesse.

That said, there are two varieties of Japanese wine grapes that generally appeal to Western tastes: Koshu and Muscat Bailey-A. Koshu is a white hybrid grown in the Yamanashi Prefecture, originally derived from the Caucasus via the Silk Road. Koshu wines are light and crisp, with a fruity bouquet similar to higher-end sake.

Muscat Bailey-A is a red hybrid developed in Japan. It’s super sweet, almost tasting like bubble gum; but thanks to developments in barrel aging at Suntory, they’ve figured out how to blend it with Western grapes to create a drier, full-bodied wine with Muscat Bailey-A that’s often described as “Bordeaux-style.”

Chile is Japan’s largest wine importer, although most of the wine is imported in bulk and then blended with Japanese wine. These wines will be labeled as imported, however, not domestic.


The Japanese are absolutely mad for sparkling wine, and if you’re an American you’ll be overwhelmed by the sparkling choices on Japanese wine lists: everything from Champagne like Perrier-Jouet, to cava and prosecco, to unusual sparkling wines you’d never see in America, like sparkling Lambrusco or even English sparkling wines. Sparkling wine is as prolific and versatile in Japan as red wine is in the States.

Why does Japan love sparkling wine so much? Partly it has to do with the crisp, clean flavor of wine like Champagne, which pairs particularly well with Japanese cuisine (and any cuisine, really). As for the rest, who knows. But regardless of where you live, sparkling wine is difficult not to love.

Long before natural wine — wine made without adding or removing anything during the wine making process — was all the rage amongst Parisian hipsters, the Japanese were embracing it. Natural wines fit into the Japanese preference for “pure food” and transparent production processes, as well as their cultural obsession with food and health. Today wines made in Japan either are natural or taste like they are, with light body and a crisp finish.

While the “classics” of French wine — red wines from Burgundy and Bordeaux, specifically — aren’t as popular in Japan today as they were during the red wine craze in the 1980s, they are still beloved and you can find them in higher-end wine shops as well as on the wine lists of fancy Japanese restaurants that serve French food. Just be prepared to pay nearly triple for them compared to what you would in the States. The best place to sample and enjoy wine in Japan is in a wine bar. You can find wine bars all over major cities in Japan, but it should come as no surprise that Tokyo has three of the best and highest-rated in the country. The first is the JiP (pronounced “zip,” not entirely sure why) Wine Bar in Shinjuku, a bustling bar and wine shop with floor-to-ceiling windows. It’s decorated in a Western style with brick walls, oak barrel tables, and wobbly stools. JiP serves a daily selection of twenty domestic and international wines by the glass; a flight of Japanese wines for a relatively reasonable price; and a surprisingly extensive menu that runs from pizza to plates of meat and veggies. Plus they also have your typical beer and spirits available.

Another must-visit Tokyo wine bar is Mayu in Shibuya, if only for the absolutely cool atmosphere. The bar is in a cave-like setting, spread out across eight small rooms that are perfect for getting cozy with a bottle of wine and a few friends. They have an in-house sommelier, quite unusual for wine bars in Japan, and a selection of 400 wines from 13 different countries.

For a more modern design touch, try out Rigoletto Wine and Bar near Tokyo Station. It has a dramatic walk-in cellar and a patio with panoramic views of Tokyo. The wine selection is enormous — around 2,000 bottles — and the menu is Mediterranean tapas-style plates to share.

If you’re not in Tokyo, try out Wine Bar Koyuki in Osaka; Wine Bar Librero or Deux Cochons in Kyoto; or head way off the beaten path and visit a winery in Yamanashi or Hokkaido! 5 Famous Wineries Around the World 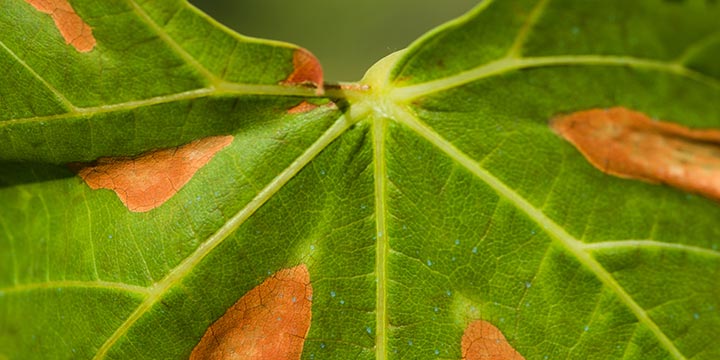 By Tasha Brandstatter
1 Comment
#biodynamic#chile#chilean wine#japan#japanese wine#natural
Food & Travel
Certain content that appears on this site comes from Amazon Services LLC. This content is provided 'as is' and is subject to change or removal at any time.