Ah, oysters. Could there possibly be a creature that better exemplifies the tastes and textures of the ocean? For some, a love of oysters runs deep, and these people know that there’s no better pairing in the world than Champagne…right? Sort of. Champagne is certainly an incredible match for these briny little mollusks, but it’s not the only game in town. There are plenty of great options for pairing with oysters that will not only match up just as nicely as Champagne, but will also save you a fair bit of money in the process.

Need an oyster wine but don’t have a Champagne budget? Or are you simply looking to switch things up a bit? Here are a handful of wines that will more than fit the bill, all of which are stellar when drunk alongside the world’s tastiest bivalves.

Muscadet is a difficult wine to pin down for many, but it also happens to be one of the most classic oyster pairings you can expect to stumble upon. No matter what bottle you open, you can expect it to be quite bright and crisp, which is exactly what oysters call for. Hailing from the Loire Valley region of France, the wine is actually made from a grape called Melon de Bourgogne, which is grown in the area and typically called Melon by locals. While Muscadet can be consumed fresh, the best on the market are those which have been aged “on the lees,” or yeast of the wine. This adds not only a biscuity flavor, but also textural viscosity that wouldn’t otherwise be present.

One of the best things about Muscadet is that stellar examples of the style can be had for under $20 a bottle, meaning you can have an oyster celebration fit for a king on a peasant’s budget. If you’ve never had this pairing before, start here before moving on to the next wines on our list.

Most people don’t think to pair oysters with red wines, and for largely good reason. Many reds are simply too heavy and would completely overpower this delicate food, but not Zweigelt. Zweigelt is truly one of the most appetizing Austrian wines there is, and it’s far more popular in that part of the world than elsewhere. Nevertheless, it makes for an excellent, if not somewhat left-field pairing for oysters. Most Zweigelt is light and slightly fruity, with floral notes and a fair deal of minerality to push the wine forward. Though lacking bubbles, it dances on the tongue and is an excellent candidate for summer drinking.

While it’s easy to spend a lot of money on certain Austrian wines, Zweigelt, luckily, tends to be relatively inexpensive. Beautiful examples of the grape can be had for around $10-15, so don’t shy away just because a few bottles carry heftier price tags.

As far as workhorse wines go, it’s difficult to beat the versatility of Sauvignon Blanc. There are few white wines that are quite as universally loved, for one, and almost none that can pair with such a wide range of different foods. Minerality is the name of the game with Sauvignon Blanc, which is why it happens to work so nicely alongside a dozen raw oysters. After all, it’s what they drink pretty much year-round in Bordeaux, and it pairs particularly well with Asian-influenced mignonette.

When choosing a Sauvignon Blanc to pair with oysters, you’ll do best to avoid those which have spent time in oak barrels. Oak and age can both take away from the “fresh” qualities that make Sauvignon Blanc such a great pairing for oysters, even though oak is actually preferred for pairing with other types of food. For best results, the wine should be young and lean.

Sherry is one of the most misunderstood inhabitants of the wine world, which in large part contributes to what makes it such an exciting wine to work with when developing food pairings. Produced in the Andalusia region of Spain, Sherry is made from Palomino grapes that benefit from the large amount of sea breeze they’re hit with as they grow. Unsurprisingly, this lends the grapes a fair amount of minerality, which translates perfectly to foods that are briny or salty in any way — oysters being a prime example. Since Sherry is a fortified wine, it features a nuttiness not typically found in wines with lower percentages of alcohol, which actually works rather well with salty foods.

One thing to note: style. There are a number of different sub-styles of Sherry, with some being far more rich and concentrated than others. Style matters when pairing with oysters, so be sure to choose one of the lighter, drier options such as Fino Sherry. Otherwise, your oysters will end up being overpowered.

Head on over to the northernmost section of Burgundy, and you’ll encounter a great deal of Chablis wine. Since it’s so close on the map to Champagne, it benefits from a cooler climate than most Burgundy wines, which gives the wine higher levels of natural acidity to work with. Chardonnay is the grape in question here, just as with most other white Burgundies. What sets Chablis apart, however, is the soil it’s grown in. Marine fossils abound, you can expect to find actual oyster shells in the soil itself, which makes Chablis an excellent pairing option.

While Chablis sees less oak than most other white Burgundies as a rule, this is not to say that there aren’t some producers who extensively oak their product. These can pair well with certain foods (roasted chicken for example), but not seafood. Bright, racy acidity is called for in this case, and oak is going to take away from that the more its flavors and characteristics are imparted. For pairing with oysters, the less oak that’s involved, the better off you’ll be.

Champagne certainly has its merits as a pairing option for oysters, but it’s not the end-all, be-all. Try one of the wines above, and you’ll instantly see why. 7 Wine Styles to Pair With Fish 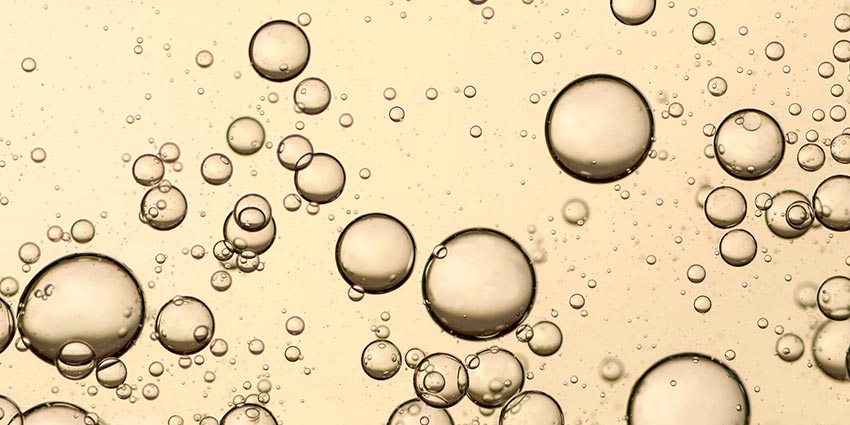 By Erik Neilson
0 Comments
#chablis#champagne#food#food and wine#food pairings#muscadet
Food & Travel
Certain content that appears on this site comes from Amazon Services LLC. This content is provided 'as is' and is subject to change or removal at any time.