The Yeast Factor: How Yeast Enhances Your Wine There are so many different factors that can play into the taste, smell and appearance of a wine once it has been bottled. The grape variety certainly plays the biggest role, but that’s not to say that soil quality, barrel-aging and fermentation techniques can’t all completely transform a wine — they can, and often do. Among these major players sits a factor that often goes overlooked when talking about wine: the yeast.

To put it simply, wine would not exist if it were not for the presence of yeast. Wine without yeast would essentially be grape juice, without any alcohol content to speak of. These tiny organisms are responsible for a number of different things that make wine what it is, yet most people don’t even realize that yeast is involved at all. Fortunately, a little bit of knowledge about wine yeasts goes a long way and can help to inform your next purchase.

Most people are familiar with the word, yet how many actually know what yeasts are or how they work? On a basic level, yeasts are single-cell fungi (yes, fungi). In winemaking and beermaking, the role of the yeast is to convert sugars from the grapes (or, with beer, malts) into alcohol. Yeasts occur naturally and are truly all around us — as you’re reading this, there is currently yeast on your skin. It stands to reason, then, that yeasts collect on wine grapes as they are grown in vineyards, which actually stands as one of the major reasons that wine exists in the first place.

If you were to pick a bucket’s worth of grapes and mash them down to release their juices, they would inevitably start to ferment. How? The wild yeasts present on the skin of the grapes would begin to do their job and may even be able to complete fermentation, creating what is often referred to as natural, or “wild” wine. Considering the fact that winemaking had to get its start somewhere and that fermentation was not fully understood at the time, it’s likely that this scenario led to the first examples of wine production in history.

Wild yeasts are quite amazing, especially considering the fact that many are able to withstand the fermentation process. The fact is, however, many types of yeast die well before proper alcohol content for a wine can be reached, which is where commercial yeast varieties come into play. Commercial yeast first came into production as a method for solving the issue of winemakers ending up with “stuck” fermentations that were unable to finish themselves out. Rugged and crude at first, commercial yeasts are now highly targeted and often designed to work with specific types of grapes or styles. Natural yeasts from certain regions can now be isolated and replicated, which has all but completely changed the way that wine is produced throughout the world.

There are plenty of industry experts who will praise commercial yeasts day-in, day-out, but that’s not to say that everyone is on-board. Many believe that commercialized yeasts are leading to the homogenization of wine culture, which has certain winemakerss forgoing using yeasts that have been commercially produced in favor of working with native yeasts. When looking through history, there are plenty of wine producing areas that became known for the unique flavors featured in the wines. Most assumed soil and terroir as being the reasoning behind this, but it was eventually determined that native yeasts present on equipment and in the cellars were responsible for these regional differences.

Today, many producers are going back to the past and embracing wild, native yeasts with open arms. Many even go to great lengths to ensure that the environment the wine is produced and aged in never undergoes any changes that might affect yeast populations. These are individuals who stand in stark contrast to winemakers that place focus on religious sanitation practices and deeply fear the “off” flavors that wild yeasts can lead to in a wine.

Whether determined to be “off” or not, there’s no getting around the fact that yeast often plays a big role in the flavor of wine. The vast majority of the flavor given to a wine by a yeast occurs during the fermentation process. These are typically referred to as “secondary flavors,” but they can easily affect the “primary” flavors of a wine — that is, the flavors inherent in the grape or grapes utilized in fermentation. As not all yeasts are created equal, certain strains will provide specific flavors to a wine that others may not.

There tend to be a few specific categorizations of flavor profiles lent to a wine from yeast. The first can be described as “creamy” flavors. These can vary anywhere from notes of cream cheese or tangy sour cream to more mellow butter or buttermilk. While not exactly what most people think of when it comes to wine, certain grapes can do very well when combined with yeasts that provide these or similar flavors.

Next, there is the flavor profile of “bready.” If you’ve ever tasted a wine that was reminiscent of sourdough bread or lager beer, there’s a good chance that these characteristics were derived from the yeasts involved in production. Bready flavors are especially present in sparkling wines such as Champagne, although they can even be found in certain reds.

Yeasts can also create sour flavors in wine, which are often found in natural wines. Flavors that are reminiscent of dill pickles and sauerkraut are not uncommon, and while many casual wine drinkers may determine wines that taste sour to be “off,” the end result is often deliberate and can result in some of the most unique wine a person can expect to encounter.

Yeast may not always take the spotlight, but it plays a crucial role in the production of wine and deserves a more thorough understanding than most people have for it. Want to see what it’s really capable of? Start experimenting with natural wines, and you’ll no doubt begin to encounter more assertive, wild yeasts. 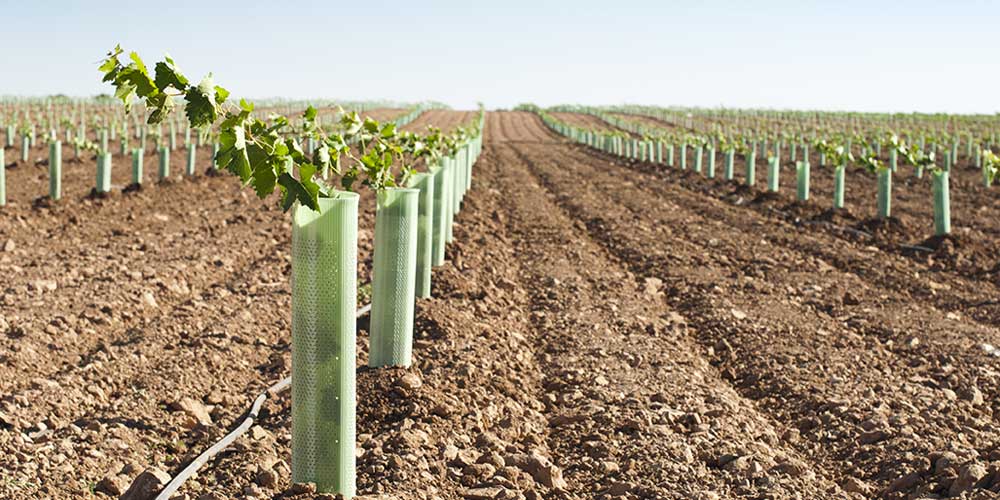 Winemaking Flaws: The Good, The Bad, and the Ugly By Erik Neilson
0 Comments
#barrels#wine making#winemaking#yeast
Winemaking Tips
Certain content that appears on this site comes from Amazon Services LLC. This content is provided 'as is' and is subject to change or removal at any time.