Piedmont: The Most Prestigious Wine Region in Italy? When it comes to learning about Italian wine, there are a number of different directions in which one can go. The wines of Sicily, for example, are some of the most unique and interesting in the world. Tuscan wine, too, is heralded by collectors and casual wine enthusiasts alike as being a benchmark of quality that few regions ever actually meet.

There is perhaps no region of Italy so well-known for its excellent wines as the Piedmont, however, which gives Tuscany a run for its money in the form of beautiful Barolos, Barbarescos and many more.

New to the Piedmont region? There’s no need to feel intimidated. Here’s a primer on what you need to know about Italy’s most prized wine production area.

The Piedmont region is located in the northwest corner of Italy. The region is primarily squeezed between Liguria, Lombardy, and Valle d’Aosta, but there is a small section in the southeast that shares a border with the Emilia-Romagna region. The geographical location of Piedmont makes it unique, as it also shares a border with both France and Switzerland. Making it one of the only regions in Italy that touches both of these countries. The only other region is Valle d’Aosta. Want To Use Our Map? Click Here
Copy & Paste Embed Code Below:

The Climate & Wine Production in the Region

The Piedmont region is mountainous thanks to being surrounded by the Alps, featuring extensive hilly areas and a diversified countryside. Over 50% of the 700 square kilometers which make up the Piedmont region are actually occupied by DOC-designated vineyards, which lends credence to just how much wine production occurs in the area.

While summertime conditions are similar for winemaking between the Piedmont and France’s Bordeaux region, the former sees much colder temperatures during the winter months and experiences significantly less rainfall year-round thanks to the Alps’ rain shadow effect.

That said, the environment is generally considered hospitable by Italian winemakers. The climate and terroir of the region allows for numerous different types of grapes to be cultivated effectively throughout the growing season. The Red Grapes of Piedmont

One of the elements that the Piedmont region is known for, at least in regard to wine, is its diversity — reds, whites and sparklers abound.

However, it’s the reds from the Piedmont that are truly capable of turning heads. Many of these find their way into fridges and cellars of many high-profile collectors. If you’re lucky, you’ll find one on a wine list at one of your favorite restaurants.

Here are a few of the most prized red grapes grown in the Piedmont, all of which can fetch exorbitantly high prices depending upon the wine’s producer and vintage.

No grape enjoys quite as much planting acreage in the Piedmont as Barbera, which also happens to be the wine of choice amongst those who live there.

Featuring notes of dark fruit, cocoa and spice, Barbera typically finds contact with oak at some point before bottling, thought stainless versions can help to elevate the wine’s peppery acidity to new heights. Most Barbera is medium in body and finishes dry with earthy, herbal notes.

If there’s one grape that is sought after above all others in the Piedmont region, it’s Nebbiolo.

Tannically aggressive and featuring some of the finest structure of any Italian wines, Nebbiolo is responsible for Barolo and Barbaresco, both of which are suitable for long-term aging and can be expected to undergo dramatic change in the bottle over time. With a decade or more of aging, the wine yields a delicate softness that cannot be found in any other style.

The third Piedmont red grape that tends to get a lot of attention is Dolcetto, which happens to also be the softest of the three mentioned here.

Dolcetto features low levels of acidity and bright fruit flavors reminiscent of plums, raspberries and violets. Spicy notes of peppercorn mingle flawlessly with firm tannins, making Dolcetto extremely food-friendly. While most ideal when drank within 5 years of production, some Dolcettos do feature elevated levels of acidity that allow them to age gracefully. The White Grapes of Piedmont

If you think Piedmont wines are only about red grapes, think again — here are some of the standout white varietals that are produced in the region.

When it comes to perfumey whites, Moscato Bianco takes the cake. The nose of wines made with this grape tends to be reminiscent of a freshly cracked honeydew melon, with just enough sweetness to carry into a floral finish without being cloying in any way.

As Moscato Bianco wines tend to be extremely delicate and expressive, they’re typically served in relatively small pours and may even be delivered in a snifter at certain restaurants and wine bars.

Though Moscato Bianco may be a bit less well-known to some than other white grapes, Chardonnay is right at home for even the most novice of wine lovers.

Surprisingly enough, a wide variety of Chardonnays are grown and produced in the Piedmont region, most of which end up in oak and feature notes of apple, cream, pineapple and fresh herbs. Italy may not exactly be known for its Chardonnay, but examples coming out of the Piedmont are some of the finest you’ll find in Europe.

With one of the longest finishes of any white wines on the market, Cortese features notes of chalk, lemon and green apple — not unlike a still version of a Champagne. Though one of the most classic DOC varietals in the area, Cortese is also beginning to see prominence in California, where the grape takes on a fruitier, sharper tone. While many Piedmont wines are untouchably expensive, the region does put out a wide assortment of excellent wines that can be found for under $20/bottle.

There are also a number of additional styles produced in the area that are worth exploring aside from traditional reds and whites, such as Chiaretto — Piedmont’s own unique take on rosé, and the perfect wine for cracking on a hot summer’s day.

The Best Pairings for Piedmont Wine

Though most Piedmont wine can be drank on its own, the vast majority is most ideally paired with rich foods such as roasted game meats and deep, complex pasta dishes. For whites, pair with cream sauce pastas or seafood dishes for best effect.

The best way to learn about the nuances of Piedmont wine is to try as many different examples as possible, so start now and be sure to take note of which wines you like the most! 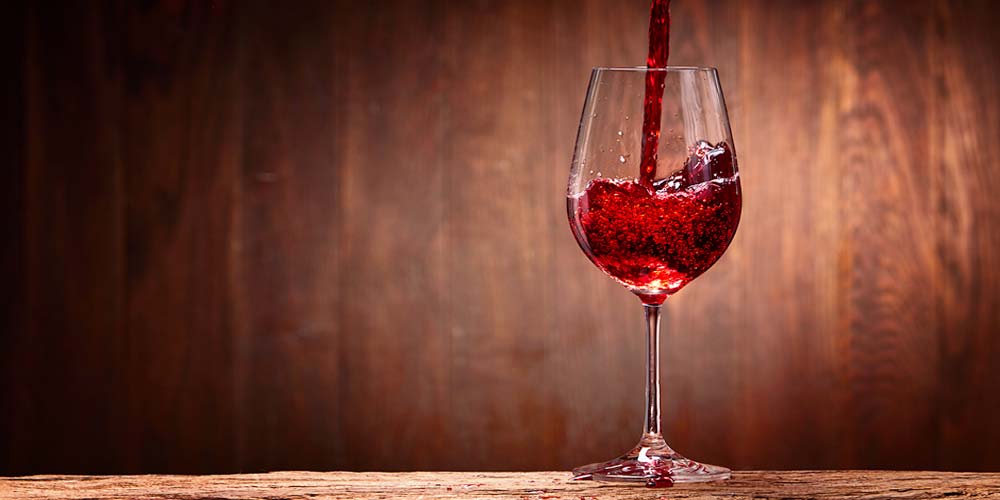 The Difference Between DOC, DOCG & IGT (And Other Italian Wines) By Jeff Flowers
1 Comment
#italian wine#italy#piedmont#wine regions
Wine InfoWine Regions
Certain content that appears on this site comes from Amazon Services LLC. This content is provided 'as is' and is subject to change or removal at any time.